Ten Years of Clojure -- FP Out of the Box

Since its first release in 2007, Clojure has seen considerable adoption in industries as diverse as Fortune 5 retail, international banking and finance, climate science and the latest startups. Clojure has tens of thousands of users and is a top 20 language in the RedMonk 2017 index. This is somewhat unexpected (especially by its author!) given that Clojure is a Lisp dialect emphasizing functional programming. What happened?

This talk examines the objectives of Clojure and its initial and ongoing design decisions. Moreover, we can now examine how that’s worked out - which features are valued by its users and how it is employed to build systems. We will briefly touch on Datomic, a functional database system written in Clojure by the same authors that completes the model of programming Clojure espouses. Finally we’ll look at what challenges remain for programmers and how Clojure might grow to address them.

Rich Hickey is the author of Clojure, and the designer of Datomic. Rich has 30 years of professional experience in all facets of software development. Rich has worked on scheduling systems, broadcast automation, audio analysis and fingerprinting, database systems, yield management, exit poll systems, and machine listening, in a variety of languages. 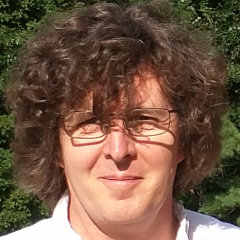