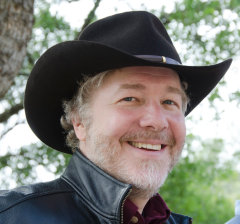 Bio: Conal Elliott has been working (and playing) in functional programming for more than 35 years. He especially enjoys applying semantic elegance and rigor to library design and optimized implementation. He invented the paradigm now known as “functional reactive programming” in the early 1990s, and then pioneered compilation techniques for high-performance, high-level embedded domain-specific languages, with applications including 2D and 3D computer graphics. The latter work included the first compilation of Haskell programs to GPU code, while maintaining precise and simple semantics and powerful composability, as well a high degree of optimization. Conal earned a BA in math with honors from the College of Creative Studies at UC Santa Barbara in 1982 and a PhD in Computer Science from Carnegie Mellon University in 1990. He is currently working as distinguished scientist at Target. Previously, we worked at Tabula Inc on chip specification and compiling Haskell to hardware for massively parallel execution. Before Tabula, his positions included Architect at Sun Microsystems and Researcher in the Microsoft Research graphics group. He has also coached couples and led conscious relationship workshops together with his partner Holly Croydon, with whom he now lives on 20 acres in the woods in the California Gold Country.